In preparation for the upcoming anniversary, we held a contest during the 2019 edition of Time.  Students throughout the project were invited to submit original art work that could symbolize the project and represent it during its 25th Silver Anniversary.  110 students from Colegio Salesiano San Juan Bosco Valencia, in Valencia, Spain participated in Time Project for the first time this past year. Lead by their teacher Verónica Pastor Enríquez and a team of other staff and volunteers, the students were involved in a variety of Time activities including the logo competition.

The winner of our competition not only designed the logo but she was one of the main photographers for her school’s involvement in Time. Pictured here in preparation for her group’s video conference, she was the one who was taking the pictures and videos throughout time day. She also prepared a keepsake video for her classmates later to remember the day

Time Project is pleased to announce the winner of our 25th Anniversary Logo Competition is 16 year old, Sonia Traver Casero. As a grade 10 student she designed and submitted the following logo.

The judges noticed her incorporation of all of the required elements-  the global aspect of the project wrapped in the concept of time represented by the wrist watch. She also noted the 25 anniversary in her design and incorporated the current project logo. As Sonia enters her grade 11 year and participates once again in TIME, she will see her logo appear on all correspondence, the website and utilized in commemoration of this SILVER ANNIVERSARY in all media and by schools all over the world.

Congratulations Sonia for your achievement we are proud to display your work during this historic event and we encourage every school to use this logo to commemorate 25 years of TIME PROJECT. 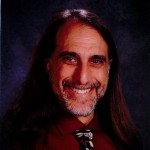 Ms Kathleen Ferrier , the Chairperson for the Netherlands National Commission to UNESCO brings greetings to TIME PROJECT participants on its 25th anniversary that culminates Dec 4th 2020.

We hope all participants will see this video and realize that more than ever they are part of a much  bigger project that seeks to make the world a smaller friendlier place. Through Education we can take on the challenges facing our world.  As we debate the  biggest issues of our day Plastics and our Environment, Inequality Around the World, and Covid 19 we realize that This Is OUR TIME to stand up and have the collective voices of youth heard.

The Founder Of Time

Our Founder Dr. Wim Didderen welcomes you all to the 25th Edition of Time Project 2020.  It was his idea and his vision that has created this dynamic project that each of you  participate in.

His leadership throughout the past 25 years inspires Time Teachers to this day. 24 secs in Time to spend with TIME PROJECT’s founder Wim Didderen.  He also has a special message for you. Please enjoy the comments from our founder Wim Didderen on this occasion of our 25th Anniversary Of TIME